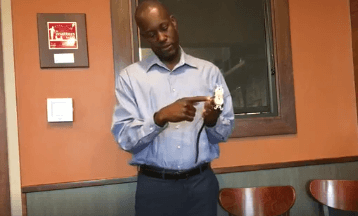 This week we had Pierre Tido of P&C Electric explain why your house may need rewiring.  In the early 1960’s, there was a housing construction boom and the price of copper rose.  In order to meet the demands of the housing market, they started using the wiring that had been successfully used in commercial building.  Later it was discovered that the wire was failing to make connections because it was not designed for residential connections.  Two common symptoms of failing wire connections are flickering lights and popping sounds.  Pierre also explained that some insurance companies won’t insure a home with aluminum wiring!

P&C Electric has been in business for 4 years and focuses on both residential and commercial electric.  Pierre does most of his business in Seminole, Orange and Volusia counties, but is happy to travel further if someone needs his services.

If you are looking for a dependable, reasonably priced and professional electrician, please reach out to Pierre Tido at P&C Electric! 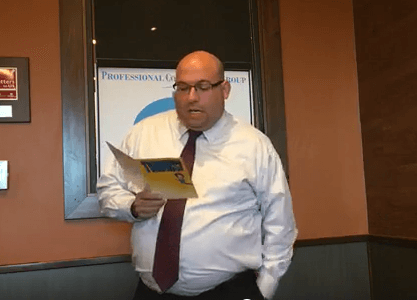 Brian Tadros of the The Workers' Compensation Trial Group, P.A. Gives you the common red flags we see in a workers compensation case, Brian brings the perspective from both the workers side and representing the companies. Tips for both employees and employers.

This week we had Brian Tadros of the The Workers’ Compensation Trial Group, P.A. give us the common red flags or pitfalls seen in a workers compensation case, bringing the unique perspective that a lot of others law firms don’t have because they handle claims on both sides of litigation.  This means they represent injured workers as well as employers and insurance companies.  Whether you classify it as a red flag or a pitfall, depends on which side of the litigation you’re on.

One of these red flags or pitfalls involves “Notification to the employer of the accident or injury.”  You typically have 30 days from that date that you’re injured to notify the employer that you’ve been injured on the job, however the longer you take to report it, the less credible they are going to find the report, which can create a delay in provision of benefits to you.

A common reason an injured employee delays reporting an injury is because they think the injury is minor and that it will get better in time.  Brian stressed that you should always immediately report your accident to the employer and in writing if possible.  Emails are a great way to do this.  You want to document all communication and include who you reported the accident to, when you reported it and what you told them.  An easy way would be to make a note in your cellphone.  All of this information is very important in case the insurance company wants to contest that you provided timely notice.

Another reason an injury isn’t immediately reported is because the employee is afraid that they’ll get fired or reprimanded if they report the accident.  Brian explained that there is actually a statute that specifically indicates that an employer is prohibited from discharging or threatening to discharge, intimidate or coerce any employee who reports an on the job accident.

Another red flag or pitfall involves, “Representations made by injured workers regarding their past medical history,” which is something Brian addresses with his clients at his initial consultation.  Brian stressed that a lawyer should immediately speak to their clients about whether they’ve had a prior injury to that part of their body or whether they’ve ever received treatment  or ever complained to their doctor about prior symptoms involving that part of their body.  The reason for this is because that information is detrimental to their case and the lawyer needs to know everything up front so that if that information comes to light, the lawyer can adjust how they’re handling the case.

How this typically comes up, once a lawsuit is filed in worker’s comp, the injured worker will be set for deposition – a recorded statement taken under oath with a court reporter present.  All questions and answers are recorded and later typed up.  If there are contradictions with what is said in deposition and the insurance company can later show medical records that they’ve obtained that document that the information is contradictory, then they can have what is called a misrepresentation defense.  Misrepresentation is when a false, incomplete or misleading statement is made in pursuit of benefits.  Not only is this a complete bar to any benefits and worker’s comp, it’s also a 3rd degree felony. This can also come up with representations made by an injured worker to their doctor.

Misrepresentation often comes up when people don’t get a lawyer right away and they don’t understand the importance of making sure that these representations are accurate.  Another time it comes up is when the lawyer  involved doesn’t want to have a difficult conversation with their client on the front-end to make sure that they understand the totality of their past.

Brian then shared one of his favorite quotes from the case law pertaining to misrepresentation which is, “Honesty is not a luxury to be invoked at the convenience of a litigant.”

Finally, Brian shared that a good referral for him on the defense side would be an employer representative or an insurance adjuster who has the ability to direct who does their workers’ comp.  A good referral on the injured worker’s side would be anyone injured on the job, typically who has sustained an injury to their neck, back or their joints.

An initial consultation with Brian is FREE and he explained that they don’t get paid unless they obtain a benefit from the insurance company, which is typically in the form of a settlement.  Further, having a lawyer involved typically speeds up the process because there is added incentive for the insurance company to provide benefits to you.

If you’d like to view testimonials about Brian’s services, visit www.wctrialgroup.com and if you know anyone, whether it’s an employer, an insurance company or an injured worker that needs assistance with a workers’ compensation case, feel free to give them Brian’s cell phone number, which is 407-443-9308. 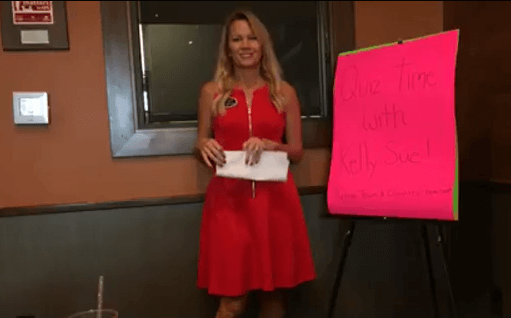 Kelly Sue – The Stonebreaker Group of Re/Max Town and Country

This week we had Kelly Sue Stonebreaker of The Stonebreaker Group at Re/Max Town and Country host “Quiz Time with Kelly Sue,” a fun 10 question quiz on little known facts in the real estate world.

The 10 facts that Kelly Sue shared were: